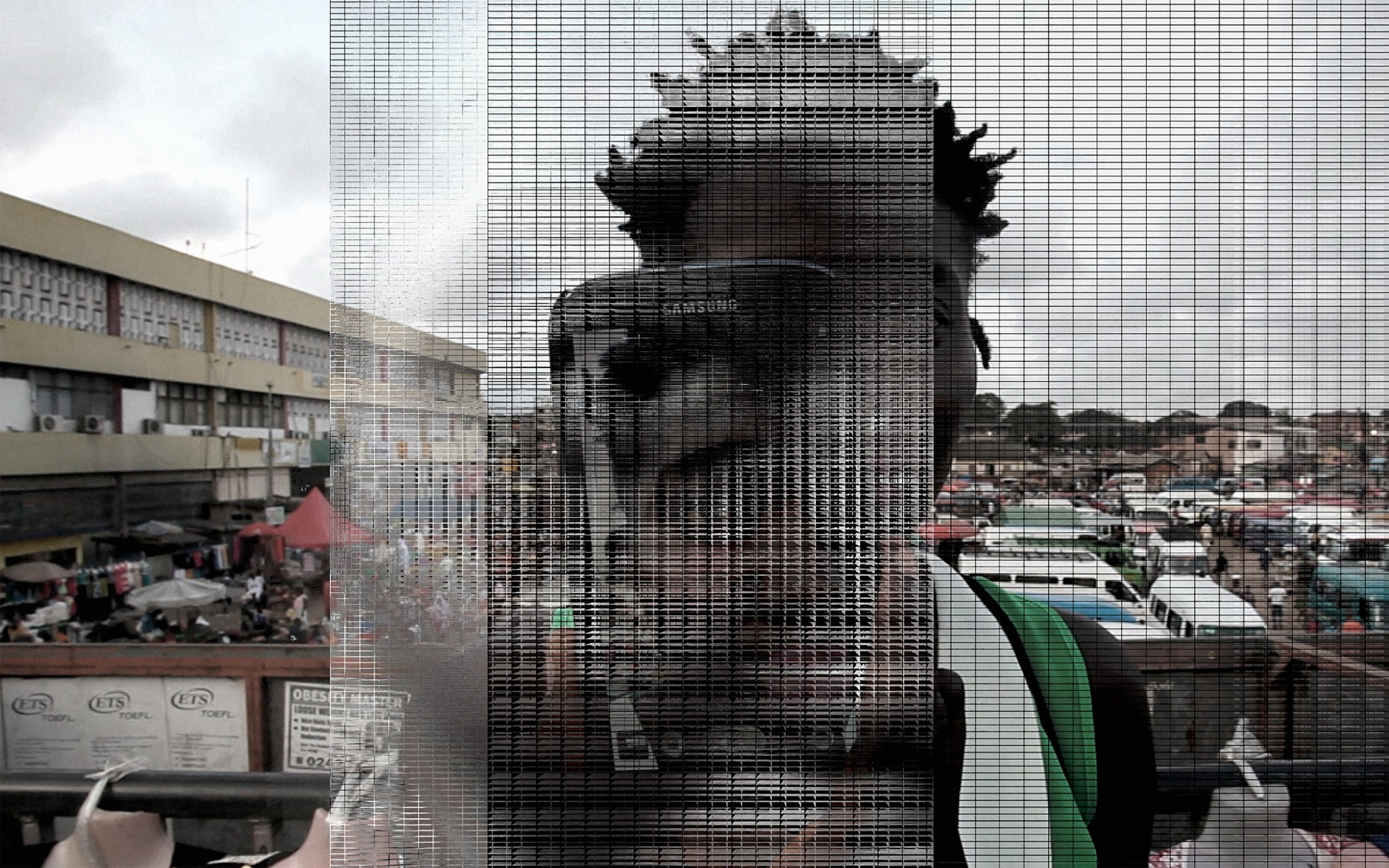 face.scan, a collection of digitally produced and graphically layered videos accomplished by an audio installation, presents 8-12 large projections, refering to the practice of the selfie. Only that the the material is recorded as digital video instead of as a digital fotography. The difference to the situ- ative procedure of capturing ephemeral moments of depicting oneself consists in a performatively extended way of creating the image by applying a slowmotion choreography of the smartphone across the face of a person. The scanning camera is pointing towards the face and the gadgets display is seen from in front of it. The image of the face.scan (recorded by the smartphone) is continuously being exposed and videotaped, a lifely and durational ( 10-15 minutes) extraverted selfie. It is strangely recompleting the face, deconstructed and parted by media. The gadget suddenly belongs to the face like a pair of glasses.

The (videotaped) face scan by means of its own way of ongoing observation is questioning the media of fotography as well as the spectator and his habit of looking. The use of the smart phone despite producing images continuously displays similarities with a microfone, and the images generated are constantly evoking the comparison with a spooky practice of x-raying oneself.
The gaze at the screen has become more common then taking a look at the mirror in the morning at home, except you are alone in front oft the mirror. While taking a selfie you are always watched or at least someone could always be watching when you stream data into virtual techno-landscapes of gigantic dimensions, controlled by state agencies as well as multinational corporations. We are not just part of our personal networks but as well part of an invisible mass, following programs and patterns which define our behaviour. Our physical communication is ruled by scores to be fulfilled, predeter- mined by the handling oft the gadgets which in such a way organize the body and gazes in choreographic patterns.

Formerly passive users or spectators have transformed into active participants of cultural production, Mirko T. Schäfer argues in his book „bastard culture“: „Participation has become a key concept to get a hold of extending new media practices. He describes the conseqences as an „extension of the cultural industries“. The most diverse user groups and practices are overlayed with eachother. It ́s this practice of overlaying the hybrid formats of choreographic interventions refer to, including users as well as the image-production of their smartphones.

We are not handling things anymore, we simply softsweep the screens of our smartphones says philosopher Bjung Chul Han in an essay, and so by the everyday use of the gadgets we exchange the dimension of former solidaric political actions with hypes short of breath. Such the mobile phone holds me as well as I am holding it.